Resenting things to which you would devote your life and death

The reason for the resentment.

I have jumped off the building to fly

Yet I am falling

Wrench me free as I drown

Pummeled beneath the waves of these downdrafts

The inevitability of a paved grave;

Who is out here in this busy expanse of nothing

to save the unintentional dive-drown victim?

the weight, our manacled feet; the poison festering in our minds.

When you jumped did you consider the downside?

Surely if you did not sail you could not survive

And what if I released this weight — mislabeled pragmatism,

brittle expectations of achievement — freed myself from comparison?

Would the vessel remain, substantiated enough to float?

Or would the remains be paper thin, spiraling in a whirlpool towards an underground moat.

Fairer waves to the same grave

How do we make it back on to the ledge?

Is that to be a boundary or the world’s end?

There should be life beyond the dead

Perhaps we find it once the weight is no longer fed.

“How is one saved?” This chorus pounding in my head.

A chant taken up by the brave –

Who can ever be saved

Fetch yourself from the well.

Circle, moot. We’ve been set on a path

to discover what was core to the plant, the root.

But you are the tree and the fruit.

Already both winner and warrior.

Walking the world with me while I walked it alone

Staying in the periphery when my tunnel vision kept me blind

Respecting all the boundaries but toeing, still,

twinkling, in the sky

Forgive the deep parts within you cannot trust

The fog in the rear is not slipping into the exhaust

We are running, leaving it behind.

We cannot earn because we cannot bind

We are dust waiting to return

We are rust waiting for the sun

To burnish us, turn us to bronze that flickers and wreathes like gold

The gold is nowhere but in our souls

The bronze is all that shows

And for what? For us to lose the precious little, trailing away like black smoke that unfolds,

pouring out the maw of a backside, not worth a gather

Not worth the sole you exhaust

Not worth the bronze you won’t buff

None other than heavy mist beyond the veil

The dust and the fog and the time-shares of clutter

How you can breathe through the same pipes where all that sputter and gunk choke the inhale.

Choke and roll over and sink down like the sun

Unable to purge through the rays the bronze run.

Unable to shine and burnish itself to a gold spun by society; to relive that choked one

You know the one

Let’s pick up the run.

Savor it, savor it

It does not softly rain through the snow
It melts, it hardens
The layers beyond are brittle
Cracked with the slightest pressure
Flowered with fluff
Relying on roots that do not pierce
That which does not pierce cannot persevere

It does not softly rain through the snow
It cures, it mixes
the mulch and concrete, serving us
Dirt from the deep
Footsteps wound beneath
Donning unique rivulets to the crevices
Through which the mulch mix
Seeps

It does not softly rain through the snow
It alters,
Waters down many moons, in flow.

Focus on your breathing or some shit

The earth quaking in your chest cavity when you weep

will eventually not exhaust you

And the dark you so strongly want to deplete will recede

through the fault lines of your lips

Whispers in the mist –

Try to visualize how big the universe is- can you see it?

Do you have the scope?

And that moment when you realize that the task you have just been set exceeds the bounds of your imagination- that submission to the impossibility of the Sisyphean?

Do you feel it? Have you manned the slope?

It is in that moment that you might understand it’s totality. And then, like me, all that will remain is the surrender of control to its unconditional being.

Have you learned it? Have you mined it’s hope?

I opened my arms as wide as they could go

Then imagined that I was throwing them even wider –

Wider than they could throw

I set about to gather the galaxy in their midst

But first I had to see the galaxy’s limits,

wrap my hands around it’s borders, and squeeze

them into the labyrinth of my ribs

I breathed out to remove the excess that would impede this feat;

Lungs and air excessive in the rift

that I had created to hold the universe within

And I should have understood at the end the same thing

I wish I had known at the beginning-

That I could not see this galaxy’s limits.

and hoped to stumble upon its size within my mind

so I could then follow the map to its sides

When I realized I did not even know

the borders of my own mind

I could not touch the edges of my imagination. Yet beyond that lay the universe, HER own initiation, so I froze as it came to me that arms out wide, they lay short of reconciliation –

Are you living it?  Is this ship afloat?

Try again to visualize how big the universe is; try to understand that this cannot be achieved.

The impossible task was comprehending its very magnitude, understanding that I could not hope to reach it’s resolve; the moment when I finally let go. This is the only moment you need to understand why I closed my arms and accepted the vastness of the universe in loving you. 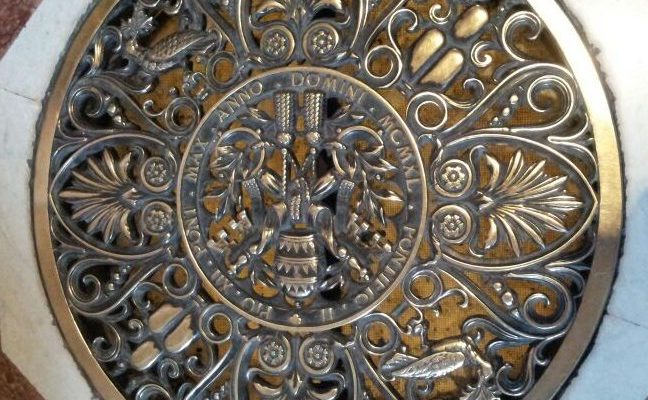 In relationships, where is the marker between ego and self respect?

In respect, where is the marker between ego and sense of self?

How many people are convinced that they haven’t looked deep enough into themselves? Like they haven’t peeled back the layers far enough and what they understand to be of self might very well have left a few layers unexplored. What if you’re only a talented liar when it comes to lies you tell yourself?

I’m convinced this is the case with a lot of people who harbor the fear of being hurt, or who have at some point or the other in their lives, decided against the long hard road of emotional unease, opting instead to pretend that something never mattered that much, never got deep enough to hurt them to distraction. That fear of vulnerability is an acceptance of self deception; a contract to lie to oneself for as long as necessary and maybe till the day they die, a bed of uncertainty made that will grow doubt and confusion for a significant portion of one’s life. It’s as simple as this – if I fear my hurt to the point where I am unwilling to feel it all the way through, I will throw up blocks with varying levels of dishonesty in order to build a solid enough labyrinth in my mind to prevent my access to the truth aka the pain. That labyrinth will only serve as the shaky foundation to my continued perception of my self and my values and my strength. This foundation will leave cracks wide enough for anxiety, self doubt, self loathing, and depression to seep in and find purchase. If one is susceptible to these things, at least.

Whenever the day comes that I then want to dig out, break down this house on its shaky foundation, I will find that it’s been welded with a variety of stuff I had no business gathering. Now the chaff and grain are identifying as self, now I identify as part chaff, now I’m doubting my worth. Now I’m doubting me. How does one go about untangling that? And how does the building’s demolition not feel like self destruction? How do you start from scratch when the scratch you’ve so far come to understand has been a lie?

Anyway, I’m a stone in this quarry, a sailor on this sea. I’m currently struggling with these questions. I’m on a constant search to find me.